I’m really saying here is that your attitude makes a difference. But ladies and gentlemen, there are some things that we need to understand. We live in a world which often is negative. We live in a cat kicking world. Some of you might have remembered Mr. B. Mr. B. Called a meeting one day for all of his people. He said, now I noticed some of you come to work late, notice some of you leave early and maybe that’s my fault. Maybe I’ve not set for you the kind of example that I should have been setting. So here’s what I’m gonna do. I’m gonna start coming to work early. I’m going to start leaving late, I’m going to start providing you with the kind of leadership, which will enable us to build the kind of company we need to have. We’re going to be a giant in this industry. Oh it was quite a little speech and his intentions were good.

You see Mr. B was really excited and his intentions were good but about a week later he was out at the Country Club, became engrossed in a conversation, forgot about the time, all of a sudden, he looked at his watch, he said, oh my goodness, I’m due back at the office right now. He hopped up, made a mad dash to his car. Hopped in scratched off burned rubber, doing about 90 miles an hour down the freeway and the long arm of the law came along and gave him a ticket. Are you talking about a man who was upset? Mr. B was absolutely furious. He said, this is ridiculous. Here I am, a peaceful taxpaying, law abiding citizen, minding my business and what does this dude do? He comes along and gives me a ticket. What he ought to be doing out is out looking for robbers and murderers, and arsonists, and leave us peaceful taxpaying citizens alone. All, he was really upset.

When he got back to the office he was about an hour late. And he did what management has done since the beginning of time. Every time they get their hand caught in the cookie jar, they always say, look yonder and then nobody looks here. In a very loud voice he called his sales manager and said come on in. I wanna talk to you about the Armstrong account. You’ve been fiddling with that thing six weeks. You could of closed the deal a dozen times. Just come on in and tell me that yes you did get it or no, you did not get it. Oh. He was really upset.

The sales manager quietly came in. Closed the door behind him. Ducked his head and said Mr B. I hate to tell you this, but he said I lost that deal. I thought I had it. I thought it was sold, but something happened and it came unglued. And if you think, Mister B was upset yet before, you should’ve seen him now. He literally hit the ceiling and said, this is ridiculous. Why for eighteen years you’ve been my sales manager. For eighteen years I’ve been betting on you to bring in new business and now we have a chance to get the biggest account of all. And what do you do? You blow it! Well let me tell you something friend. Just because you’ve been here eighteen years doesn’t mean you got a lifetime contract. Now you’re going to replace that business or I’m gonna replace you? Oh he was really upset.

But if you think he was upset, you shoulda seen that sales manager. He goes storming out of there. Slammed the door behind him, stomping his feet and muttering under his breath, this is ridiculous. Why for 18 years I’ve been running this company. As a matter of fact, I’m the only man who ever brings any new business in. If it wasn’t for me to come this company would’ve went down the tube 15 years ago. And now, just because I miss one lousy sale they’ll use a cheap trick, He threatens to fire me, this is ridiculous. All he was upset, he called his secretary in. He said those five letters I gave you this morning to get them out yet or are you going to give me some lousy excuse about you having something else to do. She said, don’t you remember? You told me that the Hayes account took precedence over everything else, that’s what I’ve been working on. He said don’t give me a lousy excuses. I told you, I wanted those letters out and I want them out today and if you can’t get them out, I’ll get me somebody who can. All he was really upset.

But if you think he is upset, you shoulda seen that secretary. She goes storming out of there. Slams the door behind her, back muttering under breath. This is really ridiculous. Why I’m the one who ever really gets any work done around here. I do more than any three people on the payroll. I’ve been his secretary 11 years. If it hadn’t been for me, this company gone broke years ago and him threatened to fire me as much as I know about him. Who does he think he’s kidding anyhow. Oh she was upset.

She went out to the switchboard operator said I got five letters. I want you to get ’em out. Now I know that ordinarily you don’t do this, but you don’t do anything else anyhow but sit out here and occasionally answer the telephone and get out a little work when need be, and I want these letters out and I’m gonna tell you right now, if you can’t get them out, I’ll get me somebody who can. Oh, I tell you, she was upset.

But if you think she was upset, you should have seen that switchboard operator. She said this is ridiculous. They don’t do anything in the back but gossip, drink coffee, talk on the telephone, every once in a while get a little work out, and the minute they get behind, they come out here to throw it on my desk and say, now you’re gonna get it out or I’m gonna fire you. And I’m already doing more than any three people here. As a matter of fact, if it hadn’t been for me they’ve gone under years ago. This is not fair. Oh she was really upset.

But she got the letters out. At home she was still furious. She walked in. Slammed the door behind her back. Walked in the den and the first thing she saw was her 11 year old boy, laying on the floor, watching television. Second thing she saw was a big rip right across the seat of his britches. She said, son, how many times do I have to tell you, when you come home from school, put your play clothes on. Mother has a hard enough time as is supporting you and sending you through school. Now because you disobeyed me, you’re gonna go upstairs right now? There’s gonna be no supper tonight. No television for the next three weeks. Aww she was really upset.

But if you think she was upset, you should have seen that little boy. He hopped up muttering under his breath this is terrible. I was doing something for my own mother. It was an accident, could have happened to anybody and she doesn’t even give me a chance to explain at all, he was upset.

About that time. His tom cat walked right in front of him, which was a mistake. Little boy gives him a big old kick and says you get out of here. You probably been up to some no-good yourself.

Or can you understand it’s got nothing to do with you. Somebody had just stopped by and kicked her cat long before you got there. You ever get caught? You ever get caught in a traffic jam? Traffic three blocks in front of you, traffic three blocks behind you and some dude right behind you sits on his horn and you turn around “Can’t you see we got traffic up in front of us?”

I mean do you understand it’s got nothing to do with you. Somebody has been kicking his cat all day long. But are you gonna let him pull you down to his level? You ever go home after a magnificent day. I mean, everything has just gone beautifully.

You’ve sold everybody you’ve called on or you had a fantastic day Working down at the office or teaching the class or serving as an MD or whatever it is that you do, everything has gone well, and you come in whistling and singing, hi, honey! How you doin? What do you mean what am I doing? You told my you were going to be home and hour ago. If you’d been putting up with what I’ve been putting up with all day long, you wouldn’t be feeling so good either. Now where have you been and what have you been doing?

Can… can you understand it’s got nothing to do with you?
Somebody’s been kickin’ your cat Allllll day long. 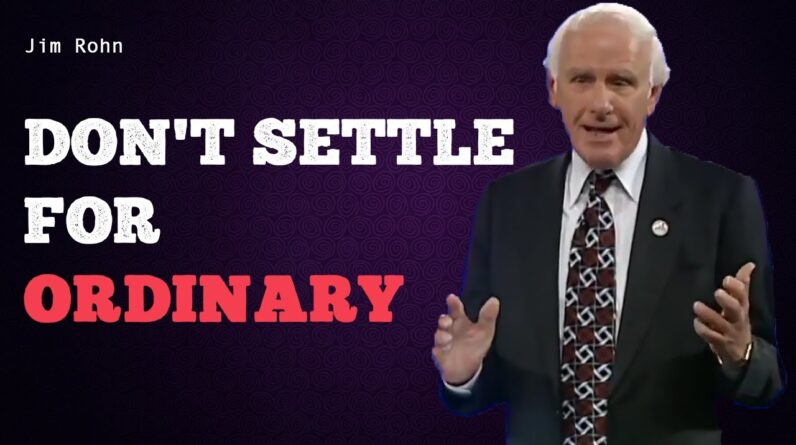 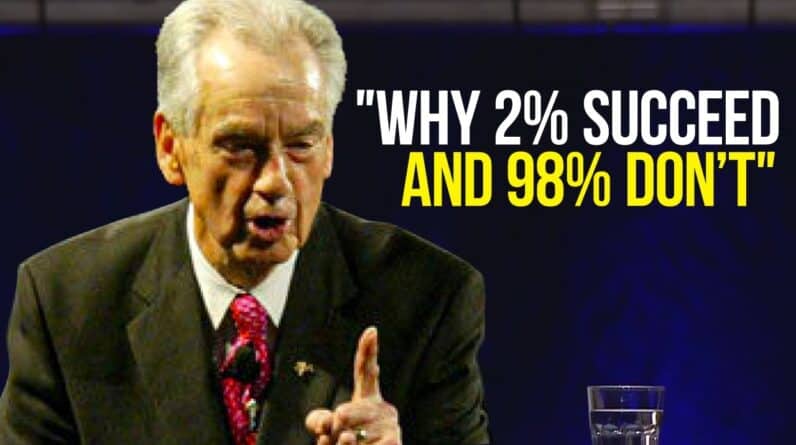 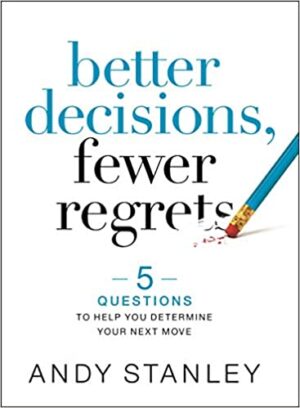